Sakaguchi Ango, who has been known as one of prominent authors of japanese modern literatures, wrote a novel named "The Idiot" in a confused age after a miserable defeat of Second World War. In fact, this work seems to reflect a blighted aspect of the society in those days. Maybe, experiences in wartime had an enormous shock to people no matter who they were, because the defeat had brought them a radical change of life and opinion.

I think that the most significant theme of "The Idiot" was Nihilism. In this instance, the word "Nihilism" indicates a disappearance of meanings concerning all the things. An endless destruction induced by the war which had no chance of winning took away human traits from the people, for instance, independence, individuality, belief, thought, emotion, desire, hope for the future. Such an appearance made them a mere body without mind. In particular, they forgot an ability to think, observe, consider, so that they seemed to behave like a beast ruled by instinct. In other words, a definition of Nihilism should be said absence of a human purpose. People who are exposed to extremely miserable catastrophes can merely satisfy their physical needs like appetite. They only want to keep alive as long as possible, such a trait is the same as an inhuman existence. However, a distinctive importance of human being is hoping to get something more precious and sublime rather than an animal life to be instinctive. If we could cease to have serious consideration of something abstract, we would be forced to fall into an inhuman contentment. If we could only perceive concrete things to exist, we would be allowed to drown in practical problems for survival. Actually, a harsh fate in wartime brought an animal state to the people. I think that the female idiot who was portrayed by Sakaguchi is a symbol of an animal person who has no human traits. In other words, she embodied an idea of Nihilism. Nihilism is a denial of human traits, particularly intellect. It's our dignity to have a rational spirit, so that the idiot who was regarded as a mere body looks ugly. A man named Izawa, who is a protagonist of "The Idiot", disdained the female idiot who stayed anonymous all along. His fleeting love for her didn't last long, because she had appeared to represent animal contentment. Her solitude which didn't have a clear intellect seemed to be absolutely inhuman. His strange favor, or else false affection for her was abandoned eventually, but it didn't mean his positive intent. What he hoped might have been overall ruin, but he was bound to survive with the female idiot. This structure of a tale reminds me of the novel "The Temple of the Golden Pavilion" written by Yukio Mishima. In the work, a protagonist named Mizoguchi wished to be killed in an air raid with Kinkaku. In short, destined death was regarded as the only way of salvation from existential emptiness. However, both of them failed to die so that they were forced to keep alive. Mishima emphasized a desperate side of reluctant survival repeatedly, but in contrast, Sakaguchi accepted his own fate which he thought he couldn't avoid. Moreover, he took positively the way of relinquishing resistance to a tedious life which didn't have any future looking splendid. We have to survive, to take the way for the future even though its figure seems ugly and hideous. A glorious death is merely a vain illusion which appears to be noble, but we should view the truth so harsh and corrupt that we can't but look away from it. The core of humanity is a strong will to keep alive absolutely although it seems very filthy. A solution based upon death doesn't bring us an essential settlement with the real world. On the contrary, a fantasy as the luscious death is only a dangerous kind of intoxication. Death is a venomous dream which makes our souls drowned in a convenient paralysis. 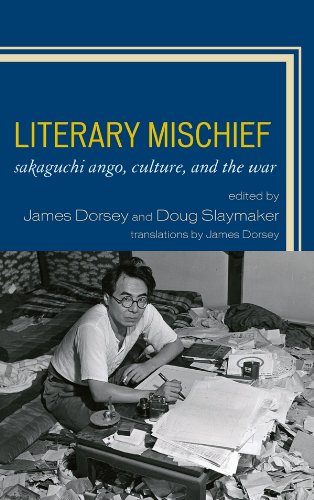 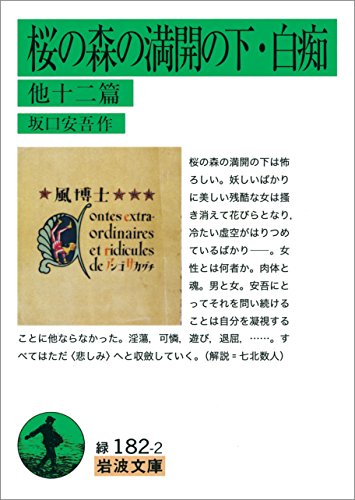